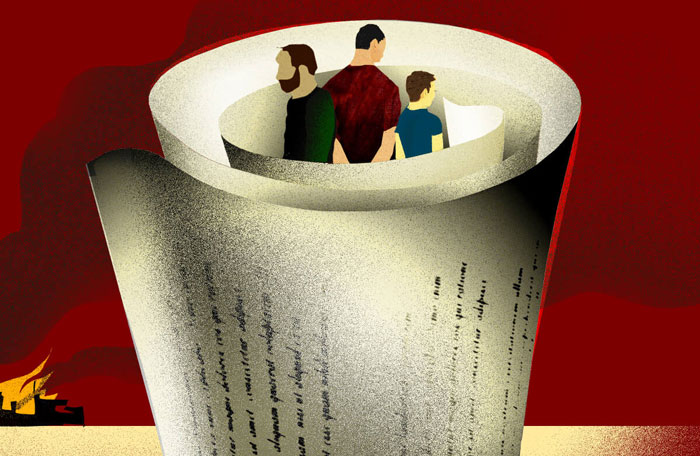 Despite some progress in prosecuting crimes involving conflict-related sexual violence (CRSV) at both national and international levels, justice for the vast majority of victims/survivors of CRSV conflict remains elusive and perpetrators are rarely held to account. Most victims/survivors, regardless of sex or gender, experience multiple obstacles to accessing justice, whether through criminal tribunals or non-judicial processes such as truth commissions and reparations programs. Men, boys and/including people with diverse sexual orientation, gender identity, gender expression and/or sex characteristics (SOGIESC) can face specific gender-related legal and procedural barriers, as well as broader cultural and societal obstacles. These can include laws that do not recognise male rape; a failure to include victims/survivors in investigation or prosecution strategies; a lack of awareness, expertise and capacity among law, judicial and other officials and staff; and inadequate protection for the safe, confidential and respectful participation of victims/survivors of CRSV in justice processes.
Latest 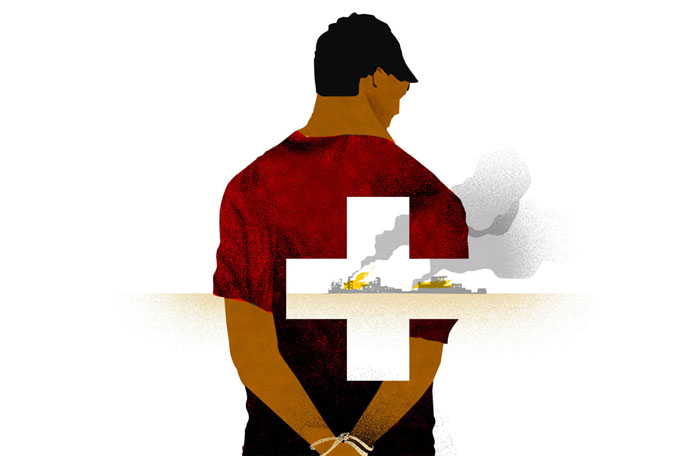 Despite the devastating physical and psychological consequences of conflict-related sexual violence (CRSV), quality, timely, survivor-centred medical care and mental health and psychosocial support is often unavailable. Insecurity, lack of capacity and expertise, degraded infrastructure and insufficient funding undermine access to and continuity of care in many conflict-settings and negatively impact the right to health for victims/survivors. Male and/including lesbian, gay, bisexual, transgender and intersex (LGBTI+) victims/survivors can face specific obstacles in accessing and receiving appropriate care and support. In many contexts they must contend with deep-rooted structural and social barriers including discriminatory laws and policies as well as stigmatising attitudes and behaviours of service providers, such as homophobia and transphobia, that can deter or prevent them from seeking and receiving the care they require. Lack of recognition of their vulnerability to CRSV, as well insufficient knowledge and expertise among service providers, can also result in poor preparedness to respond to their needs and wishes, including in the design and implementation of specialised programs for victims/survivors of torture or release and reintegration programs for child soldiers.
Latest 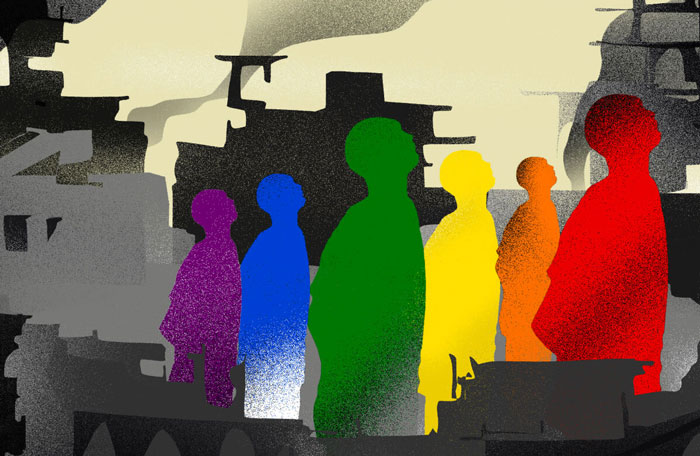 Pre-existing vulnerabilities of lesbian, bisexual, gay, transgender and intersex (LGBTI+) people to discrimination, violence and other human rights abuses are exacerbated by armed conflict. New threats can also arise such as the emergence of armed actors with extremist religious ideologies. Available information shows that individuals have been targeted in armed conflict on the basis of their actual or perceived sexual orientation or gender identity. Rape and other forms of sexual violence have been used to terrorise and persecute LGBTI+ individuals and to violently enforce prevailing heteronormative gender norms. Already at heightened risk of detention relative to many other populations, including but not only in the 70-plus countries where consensual same-sex conduct is still criminalised, LGBTI+ people can face increased risks of incarceration during armed conflict where they are vulnerable to sexual violence from both captors and other detainees. Refugees and internally displaced persons (IDPs) with diverse sexual orientation, gender identity, gender expression and sex characteristics (SOGIESC), including those forcibly displaced by armed conflict, are also frequently subjected to severe social exclusion and violence. Criminalisation, combined with stigmatisation and the factors that drive it, remains a significant barrier to accessing justice, medical care and other necessary support for the vast majority of LGBTI+ victims/survivors of CRSV.
Latest 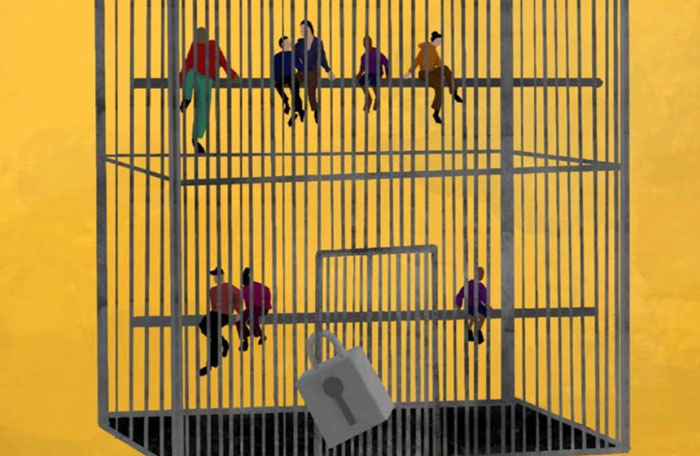 Detention, whether by the state or armed groups, represents a situation of heightened risk of conflict-related sexual violence (CRSV) for men, boys and/including people with diverse SOGIESC. Men and boys are often vulnerable to arrest and detention in conflict-related settings, including as actual or perceived opponents of the state or because they have or are presumed to have links with armed opposition groups. In this context, rape and other forms of sexual violence are frequently used as forms of torture to extract information, punish or humiliate. Men and boys have also been subjected to sexual violence when deprived of their liberty by non-state armed groups. Male refugees and asylum-seekers have also been subjected to sexual violence in the context of immigration detention in some countries. Broader discriminatory treatment and violence against lesbian, bisexual, gay, transgender and intersex (LGBTI+) people, or people perceived as non-conforming to heteronormative gender norms, are also heightened in detention contexts where LGBTI+ people have increased vulnerability to human rights abuses including sexual violence.
Latest 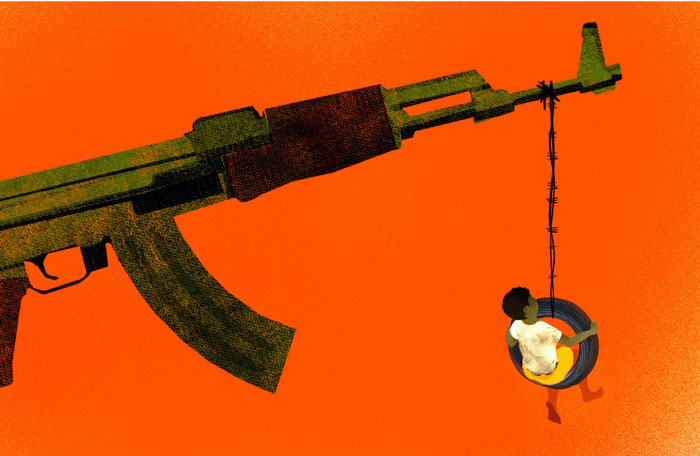 Children are uniquely vulnerable to a range of violations in situations of armed conflict. Incidents of conflict-related sexual violence (CRSV) involving both girls and boys a have been documented in conflicts across the globe. The risk to boys is heightened in certain situations including when they are deprived of liberty for their actual or alleged association with opposing forces, where sexual torture has been used to punish, humiliate and extract confessions from them. There are also documented cases of boys being subjected to CRSV in the context of their association with armed forces and armed groups. Young children and adolescents (boys and girls) are also highly vulnerable to sexual violence when forcibly displaced, or in other situations of extreme humanitarian need.

Although CRSV involving boys is increasingly recognised it remains significantly underreported. As a result, their rights, needs and wishes are often overlooked in prevention and protection strategies and in health and other responses, including in the context of reintegration programs. Boys who suffer sexual violence in conflict may also experience other violations to their rights, for example, losing access to education. Children with diverse sexual orientation, gender identity, gender expression and sex characteristics (SOGIESC) may suffer increased levels of marginalisation.

Get updates about
All Survivors Project